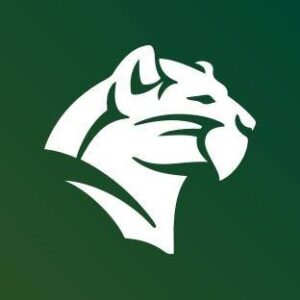 On Nov. 15, 2022, the Pioneer Board of Education held a public hearing regarding the Pioneer District’s Code of Conduct and the District-wide School Safety Plan.

The code of conduct document was last updated in 2014.  During the public hearing, High School Assistant Principal Michael Jansma outlined proposed changes. The changes involve the removal of some sections, the addition of new sections, and the revision of others.

High School-specific sections have been removed based on the idea that they would be better placed in the high school student handbook.  Also removed is the “student safety pledge.”  This statement was originally intended to be signed by students, but because obtaining signatures never occurred, the recommendation has been made to delete this section.

Two sections have been added: “Corporal Punishment/Physical Restraint” (section IX) and “Student Searches and Questioning of Students (section X).  The corporal punishment/physical restraint section states that corporal punishment as a means of discipline will not be used but acknowledges that there may be moments in which reasonable physical force is necessary for self-protection, the protection of others, and the protection of property.  Regarding “student searches and questioning,” the draft language states: “The District is committed to ensuring an atmosphere that is safe and orderly on school property and at school functions. To achieve this kind of environment, any school official authorized to impose a disciplinary penalty on a student may question a student about an alleged violation of law or the District Code of Conduct. Students are not entitled to any sort of Miranda – type warning before being questioned by school officials, nor are school officials required to contact a student’s parent before questioning the student.”  Details regarding searches of student belongings or persons and questioning by police or CPS are available in the draft document posted on Pioneer’s website.

Board member Mark Kless asked a number of questions.  Noting that the document states that masks are not allowed (section V-A4), he asked for clarification since masks were actually required.  No resolution to this question was reached during the public hearing.

Kless also noted that sections of the document contain language about “a person’s perceived race, color, weight, national origin, ethnic group, religion, religious practices, disability, sexual orientation, gender.”  Kless stated, “It reads to me that you can perceive to be any race, color, or weight that you want to be if you believe it.  Is that the way it is?  That sounds strange to me.  The ‘perceived’ word is just throwing me off.”   In the draft document, the language to which Kless referred can be found in sections II,  III-A3, VI-D4, VI-D5, and XII-A5.

Vice-President Ed McCarthy responded, “Sometimes perception is reality. Let’s face it.  Am I heavy?  Am I anorexic?  Should you discriminate against me?  I may perceive it and you may not.”

Board member Shawn Hannon stated, “The word ‘actual’ or ‘perceived’ they both don’t apply to all of the things that follow. There’s just not really another way to say it.”  Later Hannon commented that maybe “actual or perceived” should be taken out altogether.  No resolution to the question was reached during the public hearing.

The code of conduct document also includes a section on “Student Rights and Responsibilities” (section II), and a section (IV) on the role and responsibilities of “Essential Partners.”  Parents are considered “essential partners” and there are 16 duties listed as parental expectations.  When asked by this reporter if – in addition to the list of parental responsibilities – a statement would also be included regarding “parental rights,” Vice-President McCarthy asked, “How would you?  How would you say, ‘This is your code of conduct you must follow it?’ How would you apply that?  How do you force all parents to follow that code of conduct?”  McCarthy indicated that they wouldn’t want to put something in there that could not be enforced.  When pressed on how other sections of the document – including the list of expectations for parents – could not be enforced, he indicated that it just didn’t make sense to include a statement of parental rights.

The public hearing on both documents is being held open for 30 days.  This makes it possible for interested parties to submit written comments to the Board.  Comments can be e-mailed to PioneerBoardMembers@pioneerschools.org or to the District Clerk at cbartoszek@pioneerschools.org.  When emailing, the subject line should state either “comments on code of conduct” or “comments on district-wide safety plan.”  Interested parties may also submit comments by mail to the Pioneer Board of Education; P.O. Box 579; Yorkshire, N.Y.,  14173.

Both the Code of Conduct and the District-wide School Safety Plan are available on the school website (www.pioneerschools.org)  On the website, you can access these documents by clicking on the article “Board Held Hearings On Two District Plans” on the main page news feed.

Both of these documents are scheduled for a vote on Dec. 19 during a special meeting of the Board of Education (5:30 p.m. – Pioneer High School).